Why you’re looking at SEO all wrong

One of the most common questions—possibly the most common question—regarding SEO, is how much time is needed for it to take effect. Or, the even more difficult to answer question “How long until I’m on the first page of Google?” Even worse: “Hey, I just launched my website 2 weeks ago, and I just looked on Google and I’m not on page 1! What happened?”

The short answer is: It depends.

It depends on how much money you’re paying your digital marketer. This is generally reflected in how much work is being put into your project. If it’s not much, then SEO will take a long time, maybe a year or more, and even then, expectations should be low if the investment is small. If the investment is larger, and more work is being done, then it should increase your website’s rankings faster and more effectively. It also depends on the quality of the SEO strategy itself. Is the marketer using a strategy that reflects the latest Google algorithm updates and best practices? Do you even know what their strategy is? If you do, what about that strategy makes you feel like it’s a plan which even should get your site ranked? 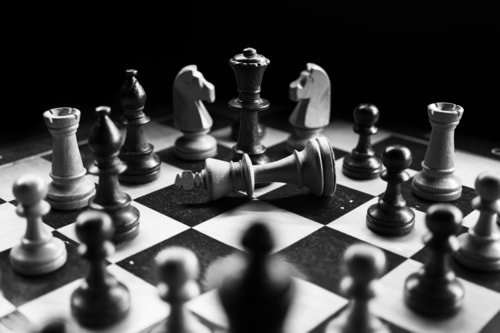 The long answer is: You’re asking the wrong question.

The simple nature of the question would almost presume that this should be a simple answer, or the that the lack of a direct answer intimates that something is being concealed. The reality is that organic search is a vastly complex algorithm, so questions such as “How long until I am ranking for all my keywords?” require in-depth, highly analytical answers. Although there will be companies who may suggest exact dates, or surprisingly quick results, a very simple answer is not likely to be a very accurate answer.

Of course this is frustrating if you’re a business manager who is genuinely just looking after the best interests of your business. You need to project how many leads you can expect to have by such and such date, and indefinite answers make your task difficult. However, providing unrealistic expectations will eventually put you in a more difficult position than indefinite time outlines will.

We get it, all of this pseudo-technical ultra-modern marketing speak is really not helpful when you’re trying to figure out why a digital marketer can’t just tell you how high you’ll rank, for which searches, and by what date. Well, how do you feel about analogies?

Your SEO Campaign is Like A Sports Team’s Season

We know, most analogies have become cliche, but sometimes it’s the only way to illustrate an accurate perspective on the issue. Let’s use a sports analogy.

A common misperception of SEO services is that if the results aren’t exactly what you want, then the SEO company was not doing anything, or did something wrong. That’s really not an accurate view of how competing for search engine placement works. The keyword here (no pun, sorry) is competition. When you purchase SEO services, you’re not buying or renting search engine placement, you’re paying a digital marketer to help your business compete for that coveted top ranking, top five ranking, or whatever the stated goal is.

Take the NBA. To compete in the NBA generally requires athletes to have an extremely rare combination of height, athleticism, and skills, so team owners literally spend fortunes to attract the best talent, with the goal of winning the coveted NBA championship each summer. There’s 30 teams in the NBA, each wants to win every year, and they all pay big bucks to players they think can help them win titles. So, if I pay this player to play for my team, how long until we win the NBA title? Not an easy question to answer, is it? Michael Jordan is the best NBA player of all time, and in 15 NBA seasons he won 6 NBA titles. Why didn’t his team win every year, did he do something wrong in the years they didn’t win? No, he was great every year. Should they have not paid him for the seasons when his team came in third place, or fifth place? Of course not, he played fantastic every season, but so did many other players on other teams, and sometimes they did enough to beat him. It’s nobody’s fault, that’s just the nature of competition. Charles Barkley is one of the best NBA players of all time, and he never won a championship.

Why would a team pay a player a lot of money if the team wasn’t going to win the top ranking? Well, they pay a great player a lot of money because having him play gives the team a better chance to win a title. But other teams have great players too. In the playoffs, no matter how good each team’s players are, only one team can win, and even having the best player in the world won’t guarantee victories. Teams aren’t paying players to guarantee championships, they’re paying to increase their chances of winning. Imagine a team asking their newly signed player “So, we’re paying you quite a bit now, how long until we’re the champs, two weeks or what?”

Nothing can be guaranteed in a competition, whether it’s sports or SEO. The process must be played out, and just like a great NBA player is going to give your team a great chance to win, exact levels of success can’t be guaranteed because there are many competitors working independently towards the same goal.

How this relates to SEO is as follows